In the period from liberation from the Turks, at the end of 1877, to the beginning of the Second World War, Leskovac underwent a dynamic and rapid transformation – the transformation from a slightly larger oriental-looking town in the middle of the 19th century to the most important Serbian industrial center after Belgrade. Through the exhibited artifacts, the exhibition ” Timeline of Leskovac Area – Leskovac- Serbian Manchester 1878-1941″ shows the dual character of the city: national costumes on the one hand, and tailcoats made of English cloth, on the other; in one place the tenacious survival of archaic crafts, and the dealership of “Standard Oil” at another, inconspicuous and dilapidated cafes on the periphery with barns in the yard, and in the center the competition of hotels “Kostić” and “Paris” with dances, jazz concerts and screenings of sound films.

The period between the two world wars is also a time of intensive development of Leskovac. Its urban character is changing, the Turkish cobblestones are being replaced by cubes and asphalt. The Leskovac Bazaar was the center of all important events and the best indicator of economic and social development. In that period, Leskovac became the center of the textile, but also the chemical, metal, and food industries, the center of crafts and trade. 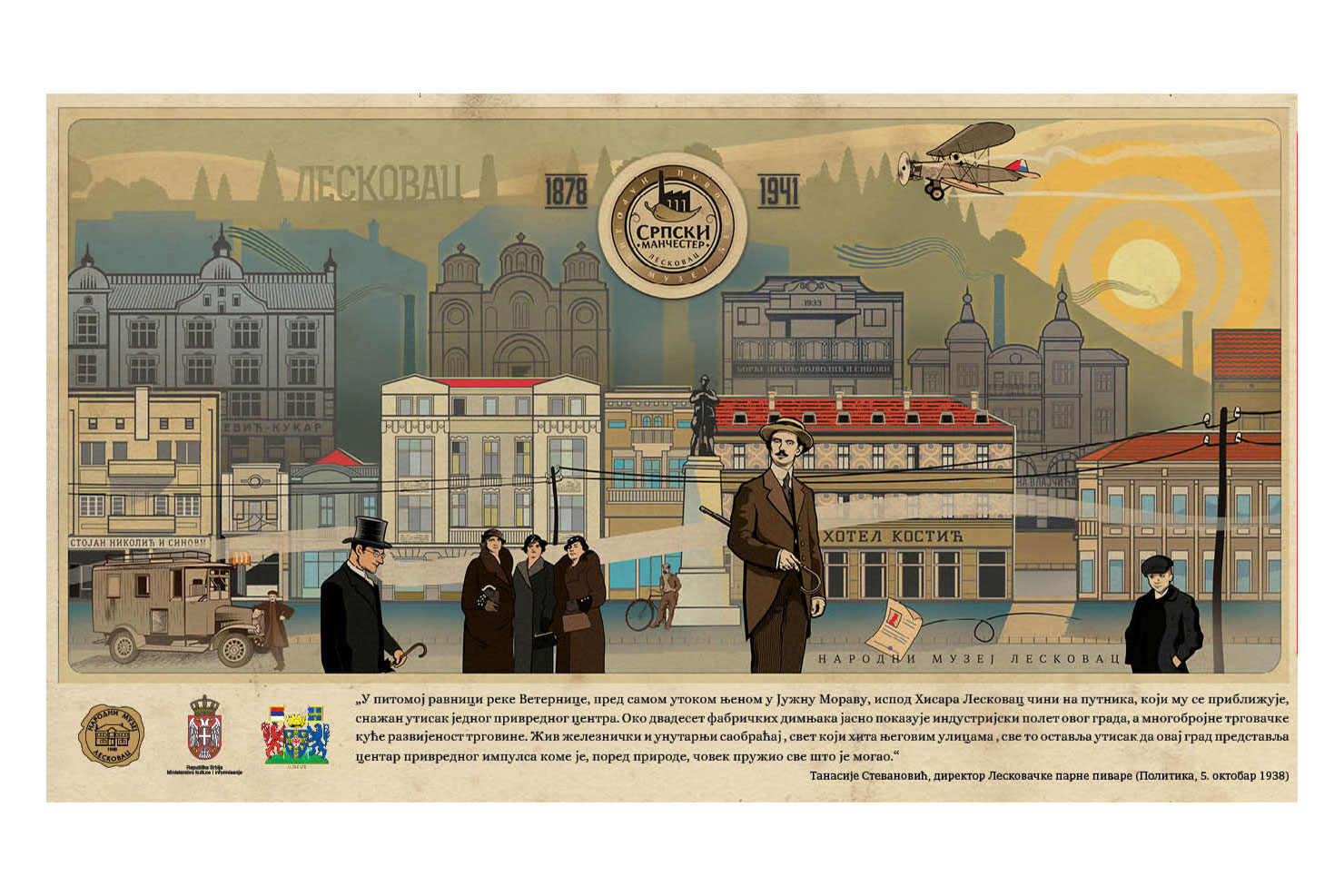