In the month of women, we also remember those who started everything.

Juno was the wife of the supreme Roman god Jupiter and ruled together with him. It was originally worshiped as the goddess of the moon and protector of women and childbirth. She was later identified with the Greek goddess Hera and was considered as the patron goddess of legal marriage and married women. They also honored her as the patron saint of Rome and the Roman state along with Jupiter and Minerva.

Juno is standing, leaning on her left leg, while her right is slightly bent at the knee. The head is slightly turned to the left. She is dressed in a chiton, a long gown, pleated at the waist, crinkly around the neck and cut in the shape of a Latin letter V and fastened at the shoulders. She also wears a cloak – a himation that is passed over her head and shoulders. Her hair is parted in the middle, with a diadem on her head. On a damaged face, her eyes are depicted as recesses, and her lips only with a comma. Her left arm was bent at the elbow and raised, and the right one is stretched out to the side. Both hands were damaged. It can be only assumed that she was holding a sceptre in her left hand and a patera in her right.

This bronze statue was accidentally found at the Gradac site near Zlokućane, and was donated to the National Museum in Leskovac by Blagoje Bogatinović, and is part of the permanent exhibition “Timeline of Leskovac Area“. 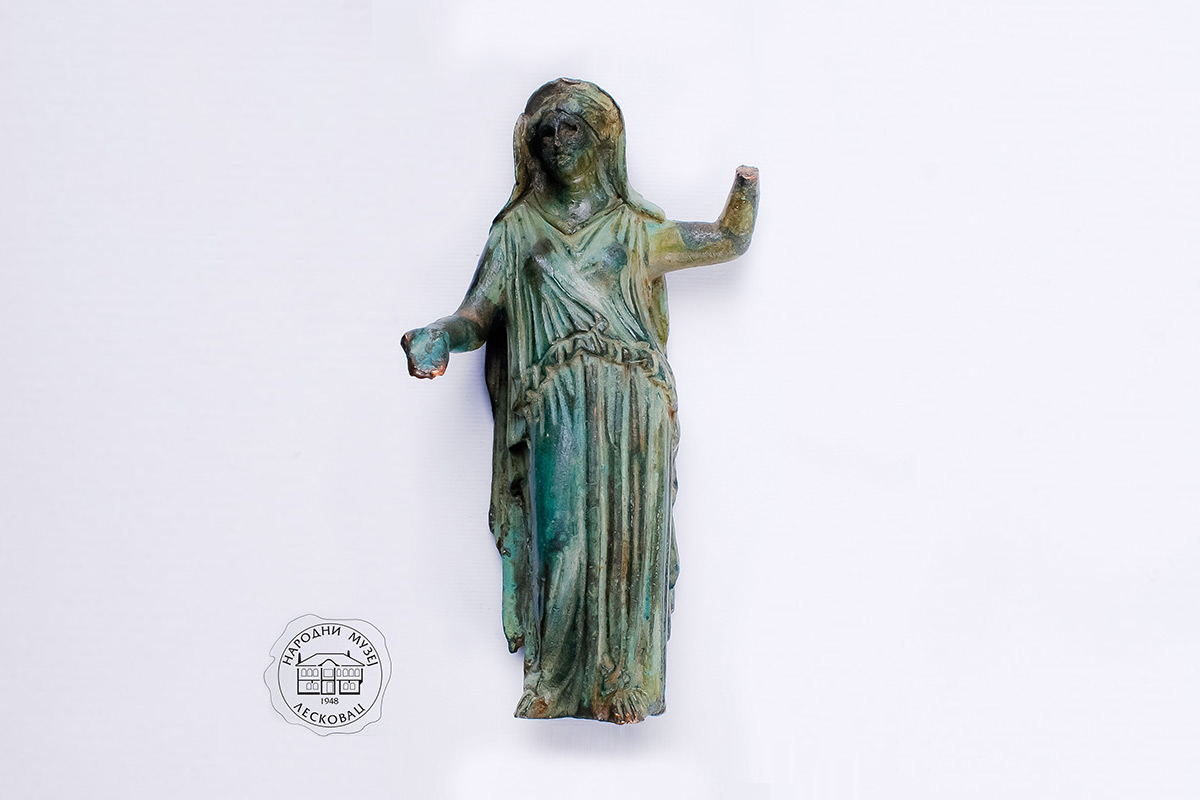 A pair of earrings with the motif of Hercules knot, II – III centuryArt collection